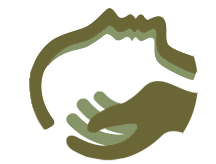 There are 22 bones in the head.  They are called the cranial bones. These bones move in a very small but measurable pattern called the Primary Respiratory Mechanism. This is actually the pumping of the cerebrospinal fluid.

I have been utilizing cranial sacral therapy for the past 2 decades. CranioSacral Therapy (CST) is a gentle, hands-on method of evaluating and enhancing the functioning of a physiological body system called the craniosacral system – comprised of the membranes and cerebrospinal fluid that surround and protect the brain and spinal cord.

Using a soft touch generally no greater than 5 grams, or about the weight of a nickel, practitioners release restrictions in the craniosacral system, which has been shown to improve the functioning of the central nervous system, as well as many other systems of the body, such as digestive, musculoskeletal, respiratory, circulatory, and more. CST has also been shown to help with the physical components related to such somatic conditions as Post Traumatic Stress, depression and anxiety.