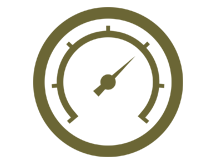 Oxygen is vital to sustaining human life. Every cell in the body needs oxygen to complete the metabolic processes that give life. Oxygen provides the fuel needed by the brain to function properly, and it helps the body fight off infection by boosting the immune system.

Mild hyperbaric oxygen therapy provides a highly effective way to increase the volume of oxygen in the blood and thus increase the many beneficial effects that oxygen has on the body.

The pressurized environment of the hyperbaric chamber allows up to a tenfold increase in the oxygen level of the blood plasma. Hyper-oxygenated plasma and red blood cells travel to compromised tissues so that cells and tissues receive the oxygen they need to regenerate and heal. Oxygen saturation also greatly increases the ability of blood cells to modify their shape so that they can pass through restricted blood vessels and swollen tissues to deliver healing oxygen inflamed tissue. As a result, healing is faster and more thorough.

I utilize an Oxygen Health Systems Hard Chamber. This is capable of 1.5 ATA which is the highest mild hyperbaric available on the market. It also has a negative ionization system. This is a huge plus that none of the other chambers have. There is also an air conditioning unit and there is a huge window so the claustrophobic person will be less likely to freak out. It is one of the best chambers on the market.

HBOT can benefit any patient who is healing from a condition triggered by inflammation in the body. The healing process can be improved using HBOT to deliver a higher rate of oxygen to damaged tissue. In fact, oxygen controls more than 8,000 genes and is one of the most natural forms of antibiotics. Twenty sessions of therapy improves the function of stem cells by eightfold.

HBOT has also been shown to help with the following: